Cut down the trees. Kill the wild animals. Burn the bush. Pollute the rivers. Pave over the grass. Raise more beef, pigs and poultry in cages.

That’s the credo of the new right. Hatred of Nature is an integral part of its politics. President Donald Trump is the high priest of such environmental vandalism. In his narrow land-developer mind, Nature is a left-wing liberal conspiracy.

Trump’s Brazilian wannabe, President Jair Bolsonaro, is now doing his mentor one better: he encouraged Brazilian farmers, loggers and miners, all key Bolsonaro constituencies, to accelerate their destruction of the Amazon rain forest, which provides 20% of the Earth’s oxygen.

The farmers, miners and loggers responded to his call by burning the irreplaceable forest, the world’s largest, at a rate over 80% higher than last year. Rarely has the world seen a more horrifying example of humans destroying the small planet on which they live.

Bolsonaro and his fellow Brazilian vandals say they lack the means to stop this incendiary epidemic. Nonsense. The Brazilian president is a former army officer. He must deploy the entire Brazilian Army to protect his nation’s most important resource, the Amazon. Neighboring Bolivia, Columbia and Paraguay should join in. Here is a perfect example for the UN Security Council to take action by declaring the 75,000 man-made fires a threat to all humanity and threaten to sanction Brazil’s exports if its does not take decisive action.

France’s president, Emmanuel Macron put it right at the current G7 meeting at Biarritz, ‘our house is on fire.’ France, Spain and Portugal all have their very serious dry season fires, but they send small armies to combat them. Climate change is playing a major role in sparking the raging fires. Unlike Bolsonaro, the European nations don’t absurdly claim the fires were begun by NGO’s (non-governmental environmental organizations).

Brazil’s army numbers 222,700 men, backed by reserves of 1,980,000. Mobilize them. Bolsonaro has been eager to send special paramilitary militia groups into slums in Rio de Janeiro and Sao Paulo. Send them to the Amazon, which has three million species of plants and animals, and one million indigenous people.

The Amazon’s forests are being burned primarily to create more grazing land for cattle, one of Brazil’s most important exports. Producing meat is not only cruel, it uses up inordinate amounts of land and water. All those who adopt ‘meatless Mondays’ or purchase new plant-based burgers are directly fighting the destruction of the Amazon.

The slow death of the Amazon is an alarm call to us all of the importance of trees to mankind. I’ve been to many nations – such as India and Haiti – where most of their original trees were cut down – and the result has been an environmental disaster for mankind and animals.

We are wanton and prodigal in our over-use of wood. Trees must be protected – as the city of Toronto has so wisely done by fencing off trees in construction zones. I hope that a way will be found to convert plastic waste into building materials.

The wide-scale destruction of the great North American boreal forest is a crime that must end now. Fly over the ‘clear-cut’ zones of tree destruction in Canada and the US to see the full horror of the industrialized massacre of our trees. Brazil is not the only killer of forests.

Recycling all wood is the first step. Banning open-air camp fires is another sensible step. Those who make a living by killing trees and animals must be advised to find other work at a time when labor is short.

Trump and Bolsonaro are modern-day vandals. The gutting of America’s wildlife and environmental laws by the Trump administration is a shameful act of ignorance. But one supposes that our president, who appears to live on burgers and diet Coke, has zero interest in wetlands, trees, birds, animals or rivers.

Even Adolf Hitler was an arch conservationist and vegetarian who hated smokers and loved birds and trees. The Mongols destroyed every city in their bloody path to free up more grazing for their ponies. Bolsonaro and Trump would feel right at home with Genghis Khan and his boys. 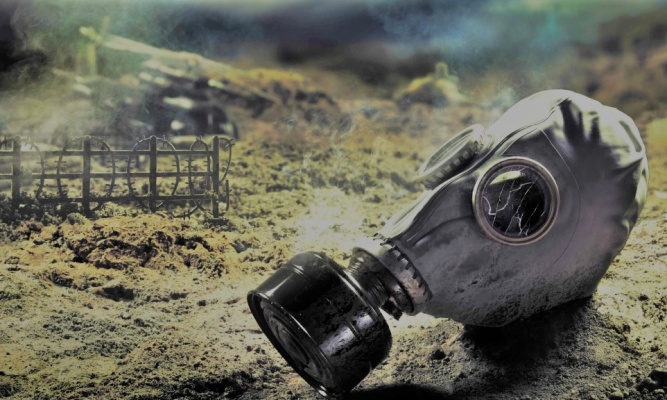